Kids being separated at the Border

Kids being separated at the Border

To crack down illegal immigration and treks at the border, Trump has implemented the child separation issue. But “how effective is this policy? “, “what are the implications? “ and “do you have another alternative?”

I’ll be sharing an overview of CNN’s report on this policy, so sit tight, read up and feel free to contribute.

Since the execution of this policy, over 2,000 children have been separated from their Parents at the American borders. This issue has fostered several questions and is drawing growing attention from lawmakers, advocacy groups, and the American citizens.

Here’s a quick look at some of the major questions about the latest happenings – and all I know so far:

Why are families being separated?

Over the last few years there have been several cases of illegal immigration and to tackle this, the Trump administration has announced a new policy which says authorities would criminally prosecute these illegal immigrants. But the issue: these children can’t be held with their parents while they face prosecutions in federal prisons.

The Trump administration has opted for this course because it was observed that the previous administration has compromised – or I should say marginalized – this policy and opted not to pursue criminal charges for illegal immigrants who had children, referring them instead to immigrant courts.

Where is this happening?

The Trump’s administration has testified that this is only for illegal immigrants at the borders of the United States. Some Advocacy groups – including the American Civil Liberty Union objects to this.

These organizations have documented cases* of children taken away from parents who’ve claimed asylum at ports.

Department of Homeland Security insists that aside from prosecutions, they’ve only separate children and adults if a custodial or familial relationship isn’t verified, or when they are concerned about the children’s wellbeing.

I’ll be skeptical of the answer and I’ll give you my reasons. Family separations were happening before the Trumps administration, but the statistics have been heightened after the announcement – around 2,000 since May and 700 six preceding months before the implementation – because the policy was meant to deter more immigrants from opting for the States.

Is it working the way administration officials expected?

Publicly released data shows roughly a 5% increase in the number of illegal immigrants caught at the border when compared to the number we had before April. So it’s quite obvious that the zero-tolerance policy didn’t deter these people from trying to enter the United States illegally. 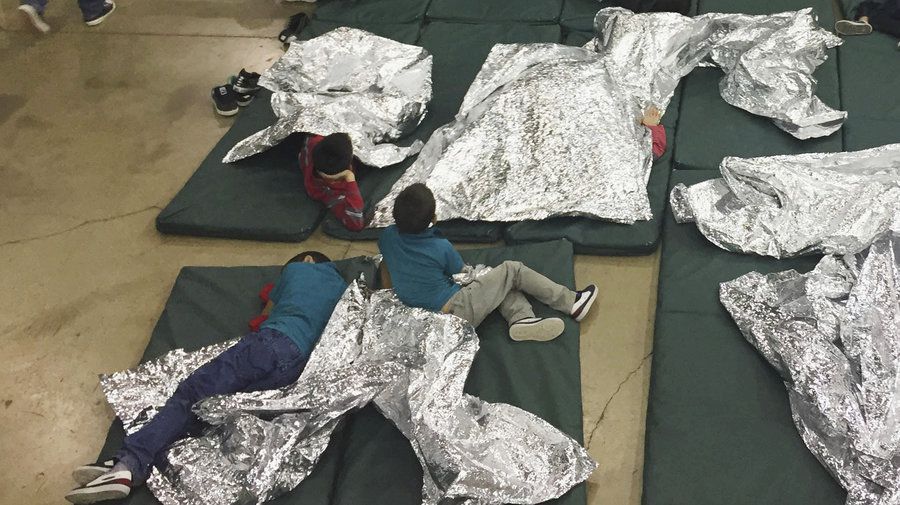 What's happening to the kids after they're separated from their parents?

Arrangements are made for these children at the Department of Health and Human Services’ Office of Refugee Resettlement. These shelters were used for children who’ve crossed the borders without a guardian before now, but the number of students housed at the shelters has densely increased over the years – over 11,700 children presently in custody.

Homeland Security Secretary says “it’s important to note that we always take care of these minor. Don’t believe the press… We operate according to some of the very highest standards in the country,"

But if the press is really sincere, then I must agree with the Immigration right organization that the act is cruel and mundane.

How do parents and kids find each other again?

Ever since this new popped up, my concern has been how these kids would meet their parents, but thank God there’s a provision for it.

The immigrant parents are given a toll-free number to call the officials to help find their children – but I don’t know how effective this has been.

Who supports this approach and who’s against it?

A poll conducted by SSRS was released on Monday with a record over 58% of Republicans saying they approve the family separation policy – roughly two-thirds of Americans disapprove with the practice.

Nevertheless, this practice has been criticized by doctors, religious leaders, international bodies, and politicians on both sides of the aisle.

So what’s the president’s action about this?

After much issues with the political spectrum and from religious, political and world leaders, President Donal Trump has decided to halt the separations, which produced days of heartrending news coverage of crying children -- some of whom were kept in cage-like detention centers.

"We're signing an executive order. I consider it to be a very important executive order. It's about keeping families together, while at the same time being sure we have a very powerful, very strong border," Trump said.

Ever since the implementation of this policy, several questions have been going around but I’ll love to know your opinion and contribution.

Common on guys hope you had a nice time.

(Author did not earn any points yet)

More posts from author
Friday, 15 June 2018 Prediction about who will win the 2018 world cup
Thursday, 15 February 2018 No more thoughts and prayers: How the U.S. government can prevent school shootings